I would consider my choice in brakes to be somewhat of a broken record playing the same piece over and over again.

For the better part of the last fifteen years, I have been running Hayes brakes on all of my downhill bikes. From Hayes Nine's to Stroker & Stroker ACE, they have been consistent, reliable and trouble free. Bleed them once a season, maybe replace the pads and they have been good to go without fail for most of that time. Of course there have been a few small things, but over all, it has been trouble free. It could be considered slightly boring, but I believe that brakes should be one of the pieces that you don't need to think about, they should just be there and they should just work.

When we get to my bikes that I point upwards before getting to ride them down the hill, it's a bit more diversified. I have had Hayes Strokers, Avid Elixr, Code and more recently a set of Shimano XT brakes. Those Shimano's were a big change after coming off of the Avid/SRAM brakes. The feel was different, and took several rides before I was used to how they acted and reacted to input. Touchy, is the first thing that came to mind.

So in mid summer I was quite excited to try out the new SRAM G2 Ultimate brakes.

The G2 has risen from the Code platform as a four piston caliper, designed to have similar strength to the Codes, while being designed more for the Enduro crowd. 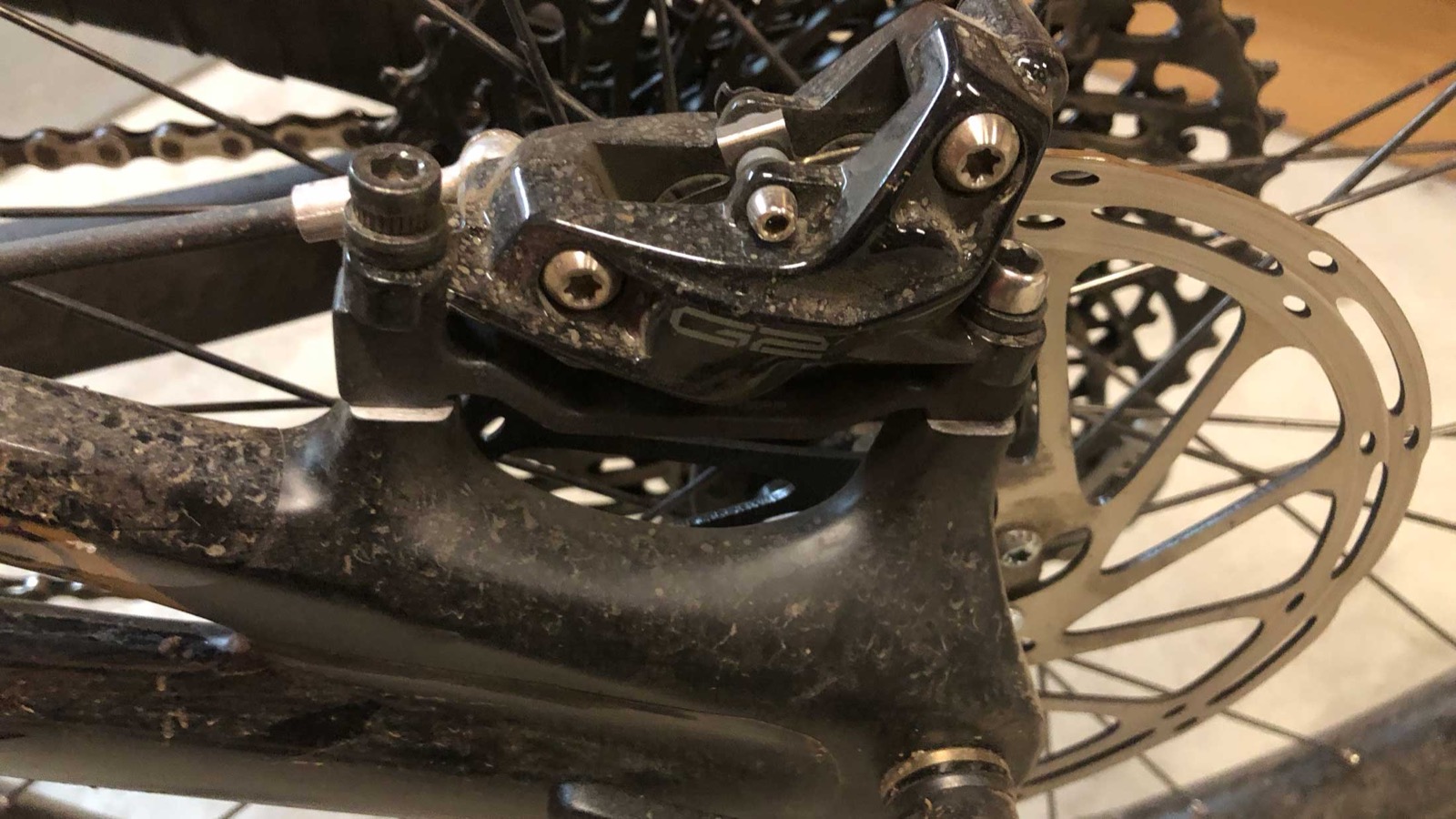 They have been designed with a couple changes to At the caliper end of the breaks, the bleed port has been moved to the bottom, so that all sides of the pistons are able to have fluid move between them easier, which is suppose to make bleeding the brakes easier.

Up at the lever, If you have had a Avid->SRAM brake in the last 6 years, it's going to feel similar. Match-maker compatible, single bolt clamp, reach adjust & contact adjust all make it easy to get them setup the most comfortable way for your riding style. Once you have been out for a couple rides, you start to notice that your hands are not as tired when you get back. Part of that is because the pivot point has a sealed bearing to pivot on, making the modulation smooth and predictable. One of the other reasons is the redesigned Timing Port Closure. As soon as you squeeze the lever, the timing port is closed off and the system gets pressurized, meaning it's actually stopping you. Internally it has durable seals and a smooth surface, ensuring that it will work smoothly, time and time again. All of that adds up to lower hand fatique, making you a happier person.

On the trail the G2 Ultimates have been a steady work horse. They have consistently worked without any fade and have been reliable all season long. The honest truth is that I haven't had to touch them yet. They haven't required any major adjustments, nor have I even had to do a bleed.
They have just worked, day in and day out. They have worked so well that I'm tempted to run them on my downhill bike. Yes I know they make the Codes for downhill, but the G2's have worked so well that I wonder how they would hold up after a few laps.