I’ve been riding bikes all my life. Hand-me-down bikes, road bikes, mountain bikes, commuter bikes, even BMX. My butt is acquainted with bike saddles, but it has been an awkward relationship and painful at times.

Many, many times. I recently bought a gravel bike and needed a new saddle. My DH suggested a Specialized saddle for women with MIMIC technology (fancy marketing-speak for a design that mimics different types of pressure to create equilibrium on your sensitive bits). Specialized has been offering this since 2019 but I haven’t been in the market for a new saddle for a while.

I’m a little skeptical when people talk about new saddle designs. We all know it’s never going to be like sitting on a cloud. Hopefully it’s also not an exercise in torture. Being a woman and one who has given birth, my sit bones (ischial tuberosities) are located wider than the typical man. I walked into Corsa Cycles in Squamish and they suggested that I sit down on a device that measures sit bone width. It recommended the 168mm width saddle for me (there are three widths on these saddles).

Now I know in theory that you are supposed to sit on your sit bones when riding a bike but every saddle I’ve ever owned has either pushed me forward to the nose of the saddle or my bones just slid over the edges of the saddle. Either way, I ended up riding for hours on the softest parts of me and getting thoroughly, painfully numb on my clitoris. Yes, I said it. And it’s brutally painful! And that’s even with tilting the saddle nose down. 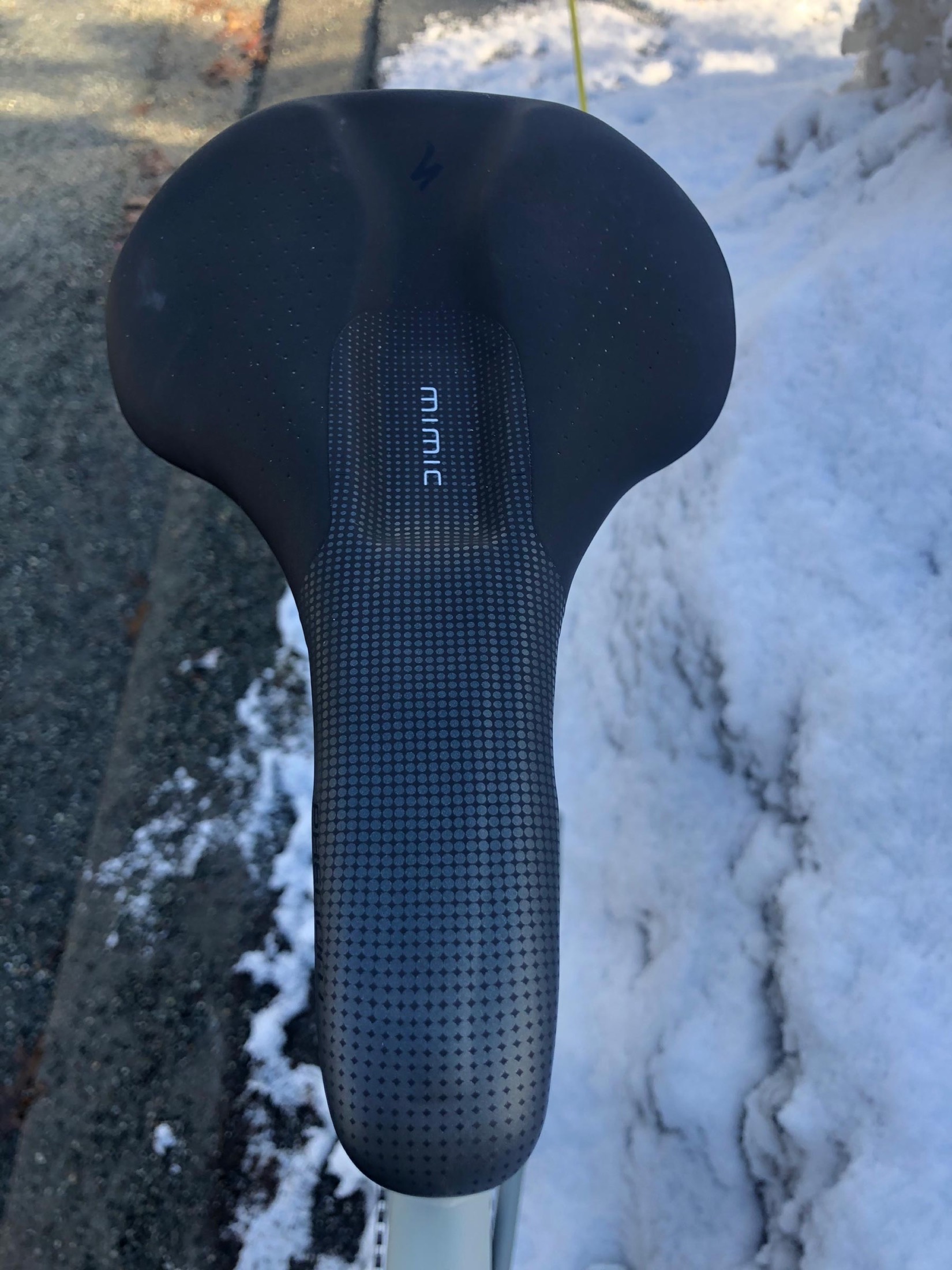 So I rode a couple of the Mimic saddles around the shop. I was initially drawn to the one with the shorter nose but the overall shape was more triangular and I could feel a bit of rub under my butt cheeks right away. Then I tried the Phenom Comp and it felt different, good different. My entire undercarriage felt supported and the pressure was distributed well. That was enough to hand over my hard-earned cash.

The next day I took it out for a two hour ride. Let's keep in mind that I live in Whistler and it's still snowboard season for me. My butt is not used to riding right now. I experienced no numbness and no pinch points. And the true test is the first pee after the ride. No searing, eye-squinting pain from urine passing chafed lady parts. TMI? Oh well. I just want you to know that this might be the upgrade you’ve been looking for. It certainly is for me. Thanks Specialized!

Update: May 11, 2021. We previously called the saddle the Power Comp, when it is actually a Phenom Comp.