I have been a strong proponent of neck braces since they came out. Reducing the chance of a high neck injury in the case of a crash makes so much sense, so I bought version 1 of the Leatt neck brace and have used it from everything from biking, to BMX racing, mx and snowmobiling.

When my kids got into downhilling, I outfitted both of them in braces: I got an Atlas junior for mini-me (Leatt didn't make a junior sized one at the time) and a Leatt DBX 3.5 for my daughter. 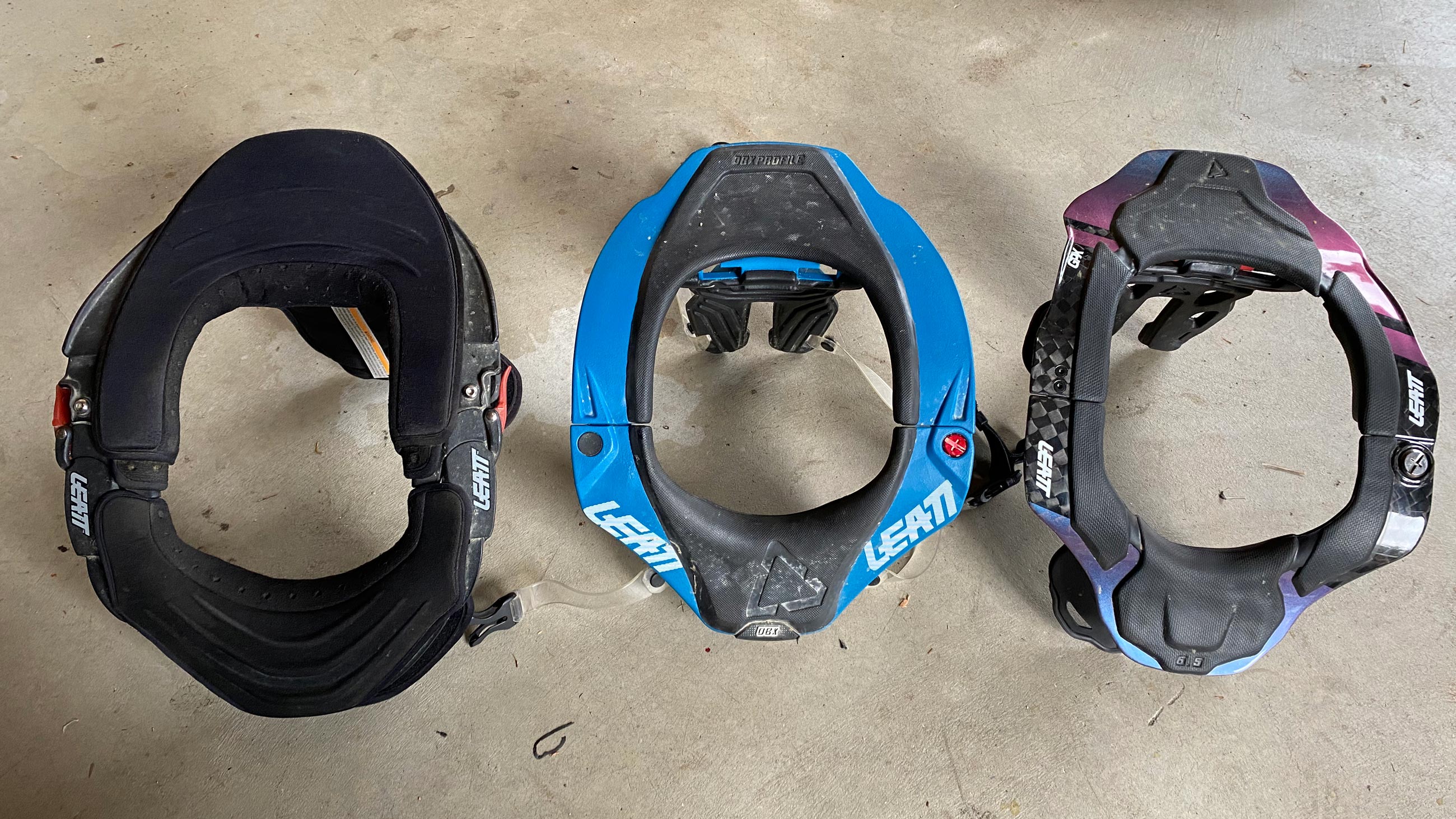 Finally this year the stars aligned and I got myself a new DBX 6.5, and boy has come a long way since version #1.  They have done a great job of making it adjustable without a crap ton of parts, or tools needed. Snip, snap, pull, push and you can tweak it to fit you perfectly.

The first thing that I noticed was that the new DBX is much more compact and can be folded down into a smaller package compared to the original model. On the original model, the thoracic strut was fixed, and it was redesigned to be foldable with a hinge, making it easier to put away in storage. When the team @ Leatt redesigned it, they also built in a fail point, so that if it is subjected to an excessive amount of pressure, it will break away before transferring that energy into your back and causing an injury. 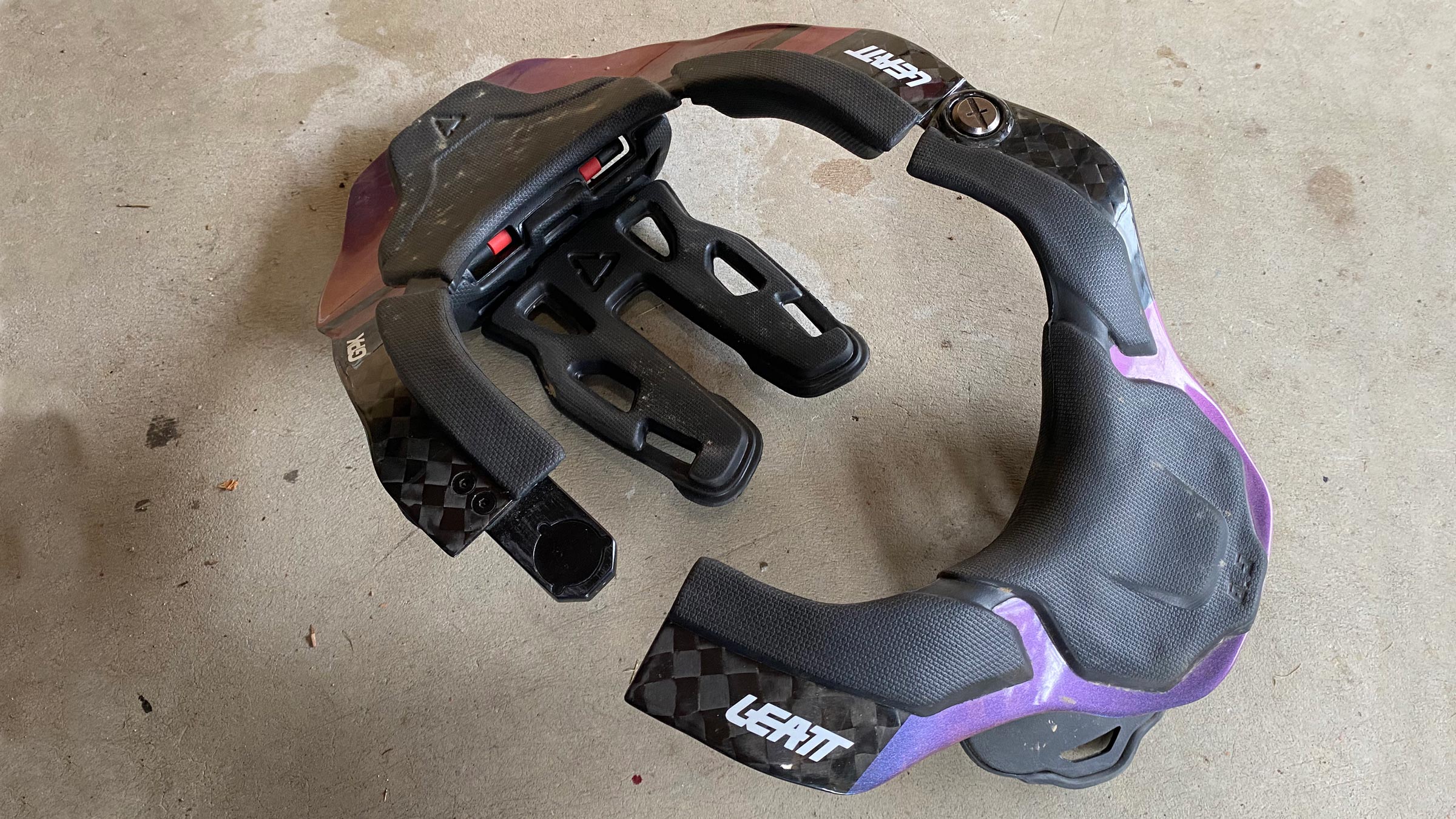 Last summer I added to my protection package with a Leatt chest protector, and I was very impressed with how well the DBX integrates with the chest protector and they fit together almost seamlessly. Others have removed the front & rear panels on the chest protector so that the DBX sits on top, but I still liked to have mine slid in between them, giving me a snugger fit, and keeping it from rattling around. I liked the feeling of it being more secure to my body and feeling locked together. 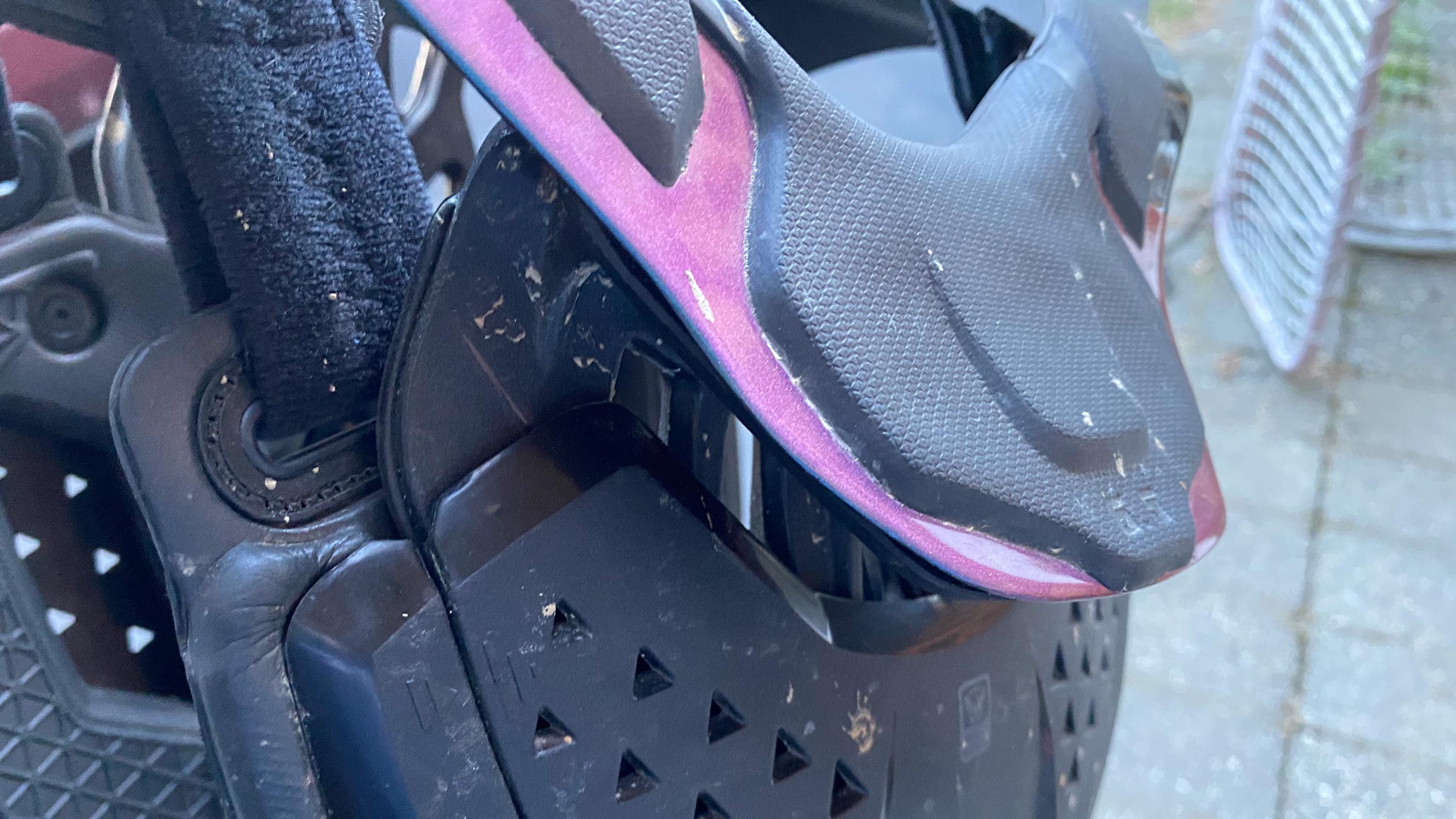 On the original brace, there was a cam lock on either side that connected the sides together, but subsequent models moved to push button locks on the right hand side (pivot on left), which are much more streamlined, and can't be caught on anything.  I don't remember having an issue with the cam getting caught on anything, but the push button has zero chace of being caught on something.

The DBX 6.5 is made from carbon fibre, with an exterior 4k weave, which looks awesome, and contributes to the strength to weight ratio. The paint job is oil slick/iridescent and looks spectacular in sunlight.  Weight is listed as starting from 600gr (1.32lbs) which is pretty inconsequential and comparable to a small, filled water bottle.  When it is on, you can feel it, but it isn't distracting.

The thing that I don't understand is why doesn't everyone wear one of these?

https://www.actionsportsems.com/case-study-neck-brace released a study from all the accidents that they had attended in close to a ten year period, and not surprisingly, if you are wearing a neck brace it decreases the severity of a cervical spine injury. The study suggests that the likeliness of a non-critical cervical spine injury are up to 75% more than if you are not wearing a neck brace.

I have heard people say that they are worried about breaking their collarbone in a crash while wearing a neck brace, that's a miss-conception. Your collarbone is designed by nature to break in a fall on your shoulder and especially if you fall with your arms out.  In fact it happened to me. I have had two major crashes in 10 years wearing a neck brace, one I got cross-rutted in the garbanzo zone and was thrown head first into a rock. The impact was square to the top of my helmet and pressed straight into the neck brace. The helmet failed and other than a concussion, I walked away from it.  Second crash was in a BMX race and I ran into a crashed rider and got thrown from my bike landing on the ground with my arm extended out and I broke my left collarbone.

The first crash could have been much worse without the neck brace on.  I was lucky that the impact was square to the helmet, and i didn't twist my neck, but the brace did it's job in disapating the energy.   The thing is that crashes happen when you aren't expecting it, and the speeds/trails that we ride in the bike park (or elsewhere) are so much more technical than in years past that it seems redicuous that everyone doesn't wear one.