As a follow up to a recent initial ride impressions that I have written on my new Trek Checkpoint gravel bike, here are some thought on a new gravel-specific drop bar, made by Spank Industries who is a well known player in the MTB world of cockpit parts and rims.

I have been riding my Checkpoint quite a bit of late. It’s a fun alternative to road biking and also different than the traditional up down of mountain biking around these parts (Whistler, BC). Time behind bars gives a man some time to think (pun intended). And I have spent a bit of time thinking about how to improve the ride characteristics of my bike. The roads and trails locally are certainly not the manicured gravel or farm roads that I see in advertisements. We are blessed with forest service roads primarily built for logging and other industry and usually not well maintained. How could they be…there are about 60, 000 km of forest service roads in British Columbia! In this quest for a better ride I started thinking about Spank Vibrocore after being disappointed in the marketing jargon Trek has on their Isocore bar. I thought it would be a great idea for Spank to get into gravel market with a drop bar so I reached out and contacted. Low and behold, my Googling had not been very good. They already had launched multiple products for gravel. They were keen to have me provide some feedback and sent me a set of Wing 12 bars along with their bar tape.

Vibrocore is an exclusive technology to Spank Industries. Around a few years now, they are stuffing this foam in a multitude of parts including handlebars and even rims. The premise of the technology is not simply damping, but also to move the frequency spectrum of vibrations higher, to a range that is less common in cycling and also scientifically less potentially harmful to humans. A ton of scientific research has been completed on vibration injuries so Spank certainly had a strong footing to begin product development and ultimately make such claims with their Vibrocore. 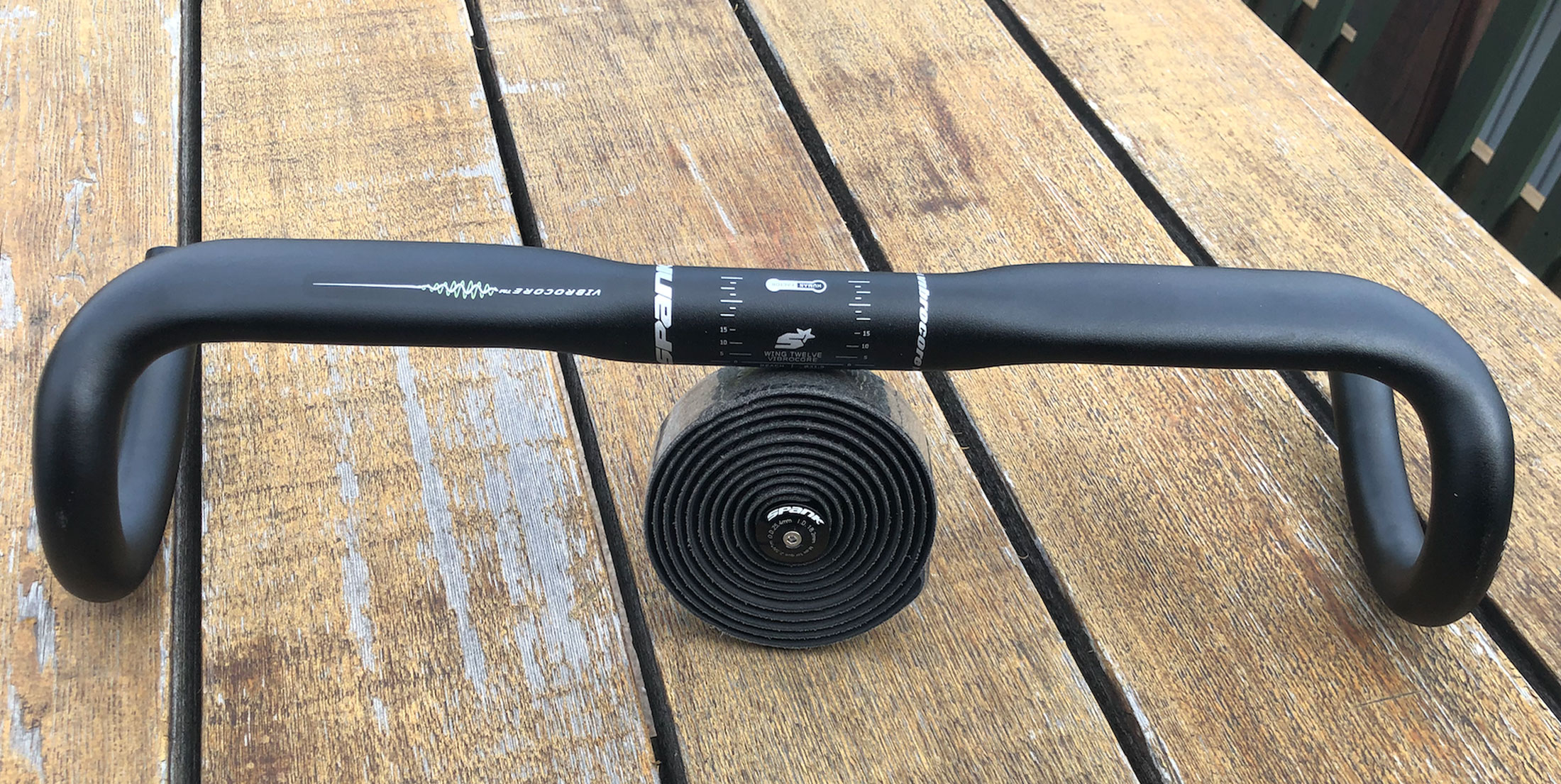 Upon arrival, the bar looked like a pretty standard drop bar, albeit with a bit of drop flair. They have a flat top familiar with many models of bars these days. Immediately I wanted to get a look at the proprietary magic stuff inside the bar, but upon peering deep inside I could only see a hint of the green Vibrocore material. Maybe if you squint, you’ll be able to see it in the pic. 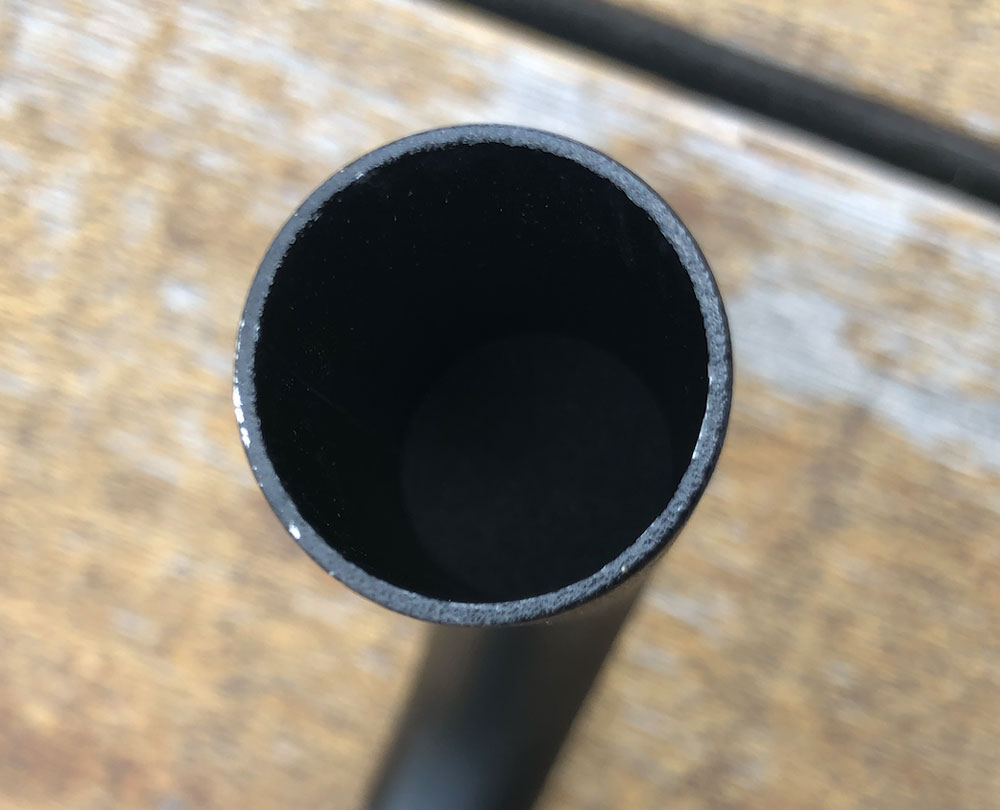 OK, let’s get to business and get these on my bike! I peeled back the stock bar tape to reveal the magic of Trek’s Isocore bar. Alas, it was only some cheap thin foam under a small section of bar. My first thought was that double wrapping the bar, a practice very common for roadies, would provide better cushioning that the Isocore foam pad. 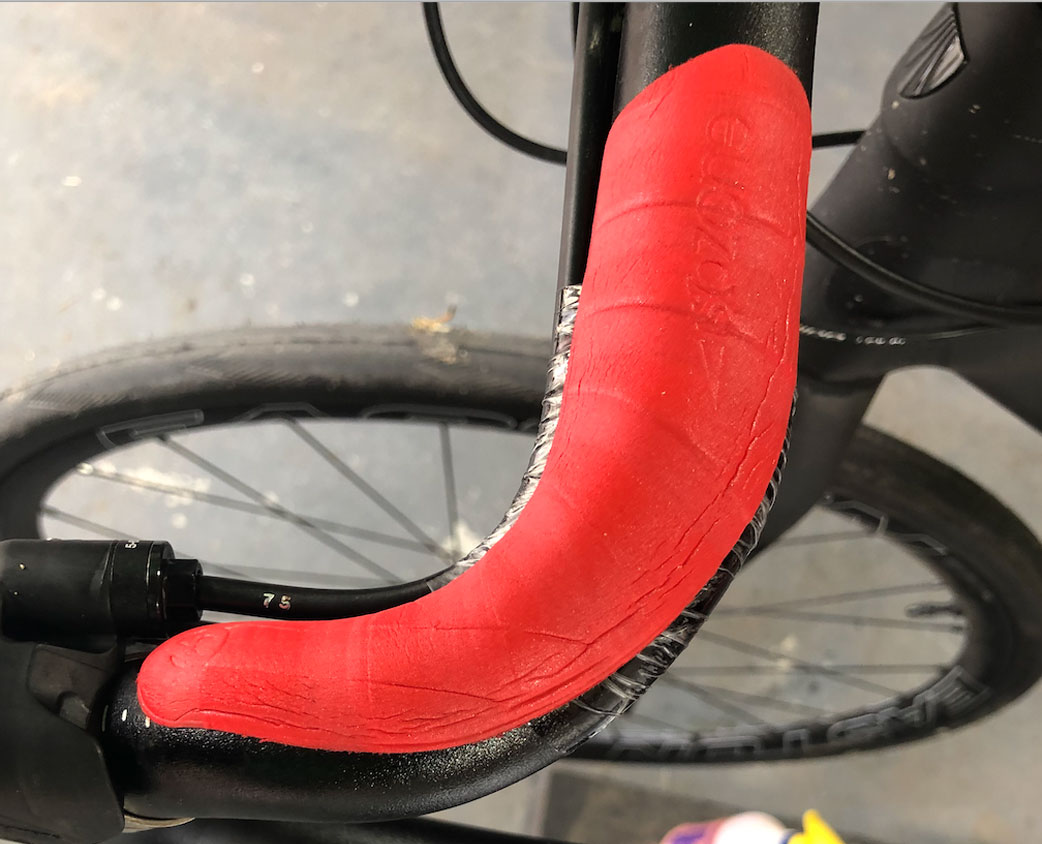 In comparison, the bar tape included with the Wing bar was a higher quality gel material that had excellent coverage on both the top of the bar and the drop. The Spank bar tape is a simulated suede material. It wrapped easily, with good tension but the gem of installation was the elastic tape provided to secure the tape. This made overall installation go super smooth as usually I am fighting with the tape provided and default to some electrical tape. Of note, there are other companies making gel pads for under bar tape. This is not new. And I found at least one other company, Baramind, that appears to have some kind of foam in their bars. 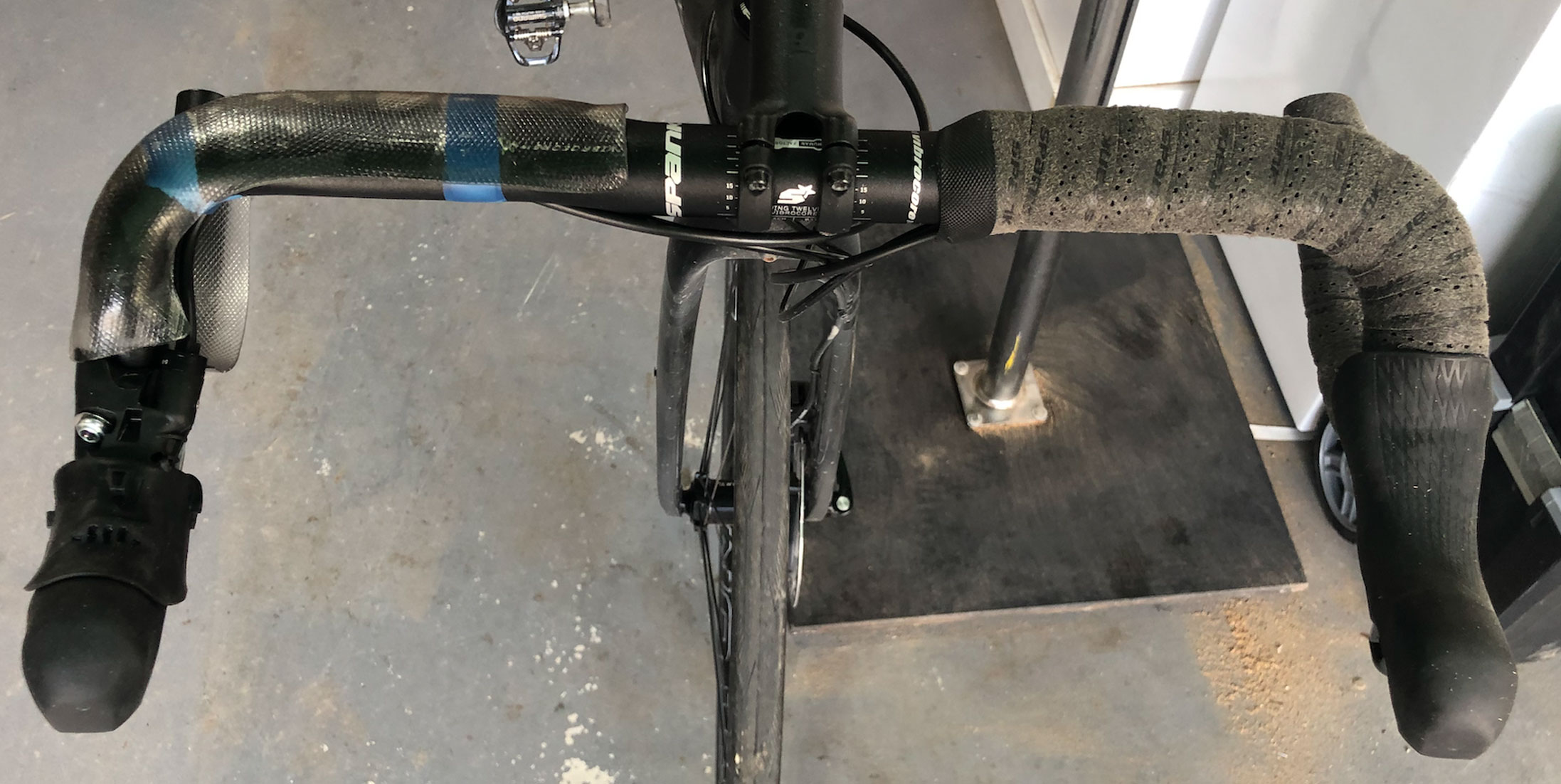 Install complete, let’s get out on the road and trails. As I mentioned, gravel riding in the Whistler area may be more akin to mountain biking in other areas. The trails and roads are rough with tire-swallowing potholes and really rocky terrain. Probably the best known gravel trail in the area is the Sea-to-sky trail which runs from Squamish to north of Whistler. Getting the bike out on the trail, the gel pads under the bar tape were immediately noticeable. In a hugely positive way. I was a bit concerned that it would be harder to really test the claims of the Vibrocore bar itself when the gel pads made the bar so comfy. Aside from the pads, the bar itself fit well. The 12 degree winged drops provided a hint more stability. I have also noted that the flat bar tops appear to be angled for optimum comfort in a slightly more elevated riding position that most gravel riders would have. Of course this is highly tunable by turning the bar, but then that pulls the drops as well. High marks if Spank actually put thought into the angles of the flats and drops.

It really was not until my last ride that I got any real subjective feedback on the Vibrocore technology. Because honestly, how can one objectively test reduced fatigue or potential reduction in wrist/hand overuse injury on a real world ride. Well I think I did. Not objectively of course. But rather by riding some friends and comparing my experience to theirs. This is also a good time to mention that I have a history of wrist and hand overuse injuries. These primarily stem from keyboard and mouse overuse, but have also been exacerbated by excessive cycling. My last ride was a 3.5 hour gravel adventure that led us down and back a pretty rough section of forest service road. At the end of the ride, my two other riding partners both were shaking their hands out and remarking ‘my hands are destroyed!’ One of them was running a double tape set up and mostly our bike set ups were similar (high-end bikes running 35-38mm gravel tires set up tubeless). Well my hands felt fine. Really, I was quite surprised to have my friends complaining. This would usually be me! Was it the Vibrocore technology quietly at work inside my bars? We will never really know. This is not any objective measure. But this was about as strong of a ‘yes this technology works’ as I could have asked for when asked to review a product. 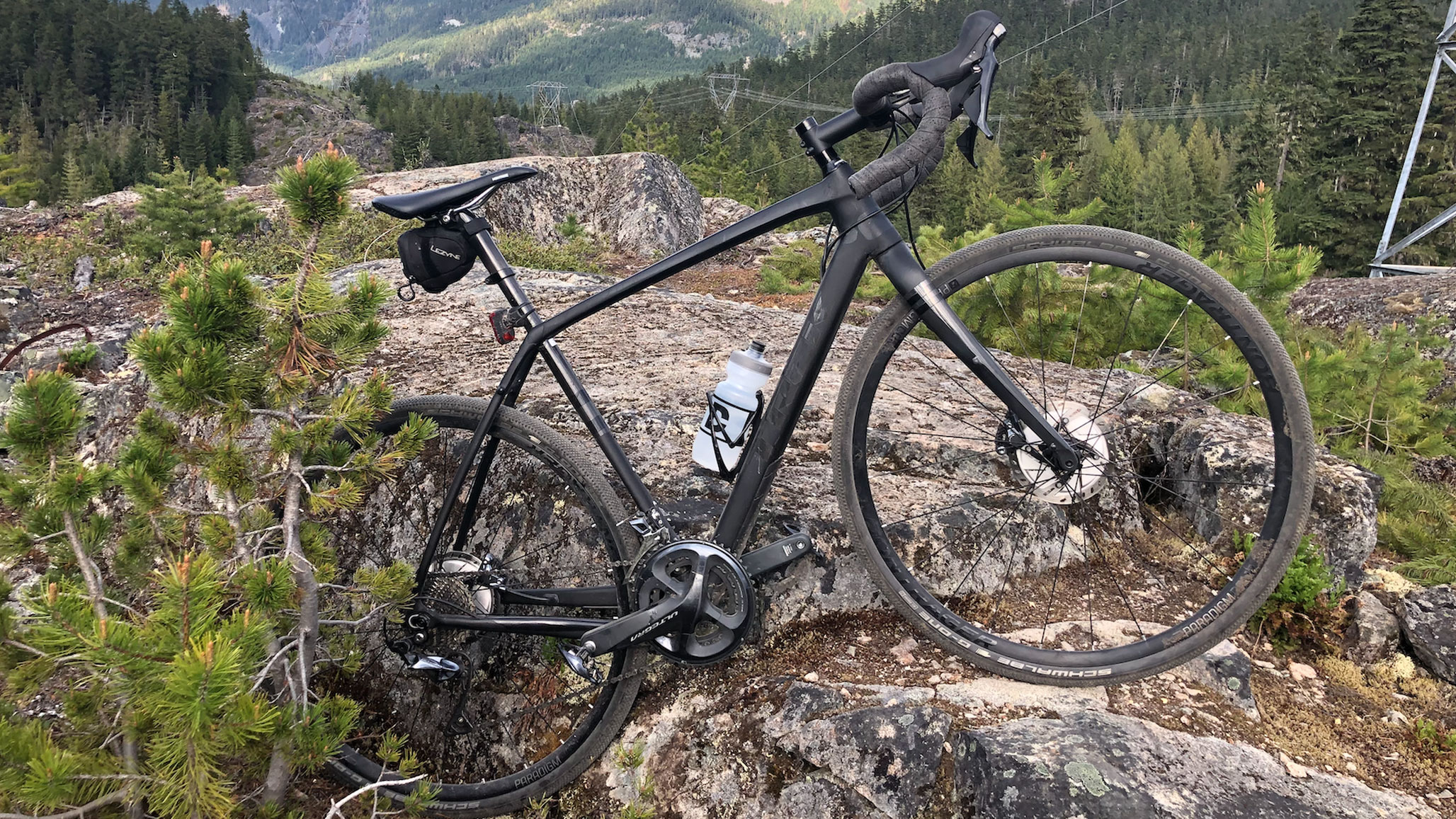