There's no question that carbon fiber makes the fastest, lightest bicycle frames. But what happens to a prototype carbon product that never makes it to your local shop or a frame that was crashed in the Tour de France?

Whereas most major bicycle manufacturers are sending these parts to landfills, Trek is committed to a better option.
Seventy-five miles inland from the coastal vacation destination of Myrtle Beach, South Carolina, in the town of Lake City, a discontinuous carbon composites company called Carbon Conversions is changing the trajectory of the carbon industry, one reclaimed part at a time.

In a 50,000-square-foot facility designed and managed for minimal environmental impact, Carbon Conversions employs a proprietary solution for not only keeping carbon parts out of landfills, but also repurposing the reclaimed material into new high-performance parts.

Trek pioneered the manufacturing of carbon fiber within the bicycle industry in the early 1990s, and since then we've developed a remarkably efficient manufacturing process that results in minimal excess wasted material. But even so, each year at Trek's global headquarters in Waterloo, Wisconsin, around 60,000 pounds of scrap material is produced.

This includes prototype products—everything from stems and handlebars to the next groundbreaking frame design—molded parts that don't meet our extremely stringent internal standards, and other nonwoven decommissioned parts like warrantied carbon frames and wheels.

Each year in Waterloo, we found ourselves with nearly three truckloads of material that would never make it to market. So in 2010, Trek partnered with Carbon Conversions to ensure this excess material wasn't going into landfills. And we've been committed to supporting their extraordinary carbon recycling technology ever since.
At Carbon Conversions, an extensive reclaiming process is undergone on all Trek parts to cull the raw carbon from other materials like epoxy resin and paint. The parts are chopped into pieces smaller than 1˝, then fed through an atmospherically-controlled, electrically-heated pyrolization furnace that strips away everything that isn't raw carbon.

In this useable form, the raw carbon is mixed with water in enormous stainless steel tanks. Through proprietary computational fluid dynamics, the small carbon pieces are molded into carbon pre-form molds that can then be made into high-performance parts.

In the spirit of reclaiming materials, it should come as no surprise that everything in this part of the process is recycled. After a pre-form mold has been created, the tanks are drained and cleaned, and the water is saved to be used again in the creation of the next pre-form carbon mold. And even the tanks, one of which stands two-stories off the plant floor, are recycled. Before they were fabricated to perform this function for Carbon Conversions, they were used at an Anheuser-Busch Brewery.

The end result of this process is a piece of material that has an extraordinary number of applications. The pre-form carbon molds created in Lake City have been used to develop products as diverse as sub-structure parts for high-performance automobiles, tooling for carbon fiber hulls of racing sailboats, kayaks and canoe paddles, and even carbon fiber sunglasses.

The possibilities are endless, but there are challenges too. A carbon bicycle frame gets its strength from continuous strands of carbon, which are molded and epoxied. Once the reclaiming process is performed, the resulting carbon product does not hold the same structural integrity of continuous carbon strands.

"But discontinuous carbon fiber composites are still extraordinarily valuable," says Mark Mauhar, CEO of Carbon Conversions, "even if they will never stand up to the strength of continuous fiber composites and epoxy." Because not every carbon part—and not even every carbon part on a carbon bicycle frame—requires the kind of structural integrity of continuous carbon strands. From the parts on the interior of an aircraft to carbon fiber-reinforced injection molds for consumer electronics and even in the world of high-performance cycling, the product developed in Lake City has extraordinary potential. 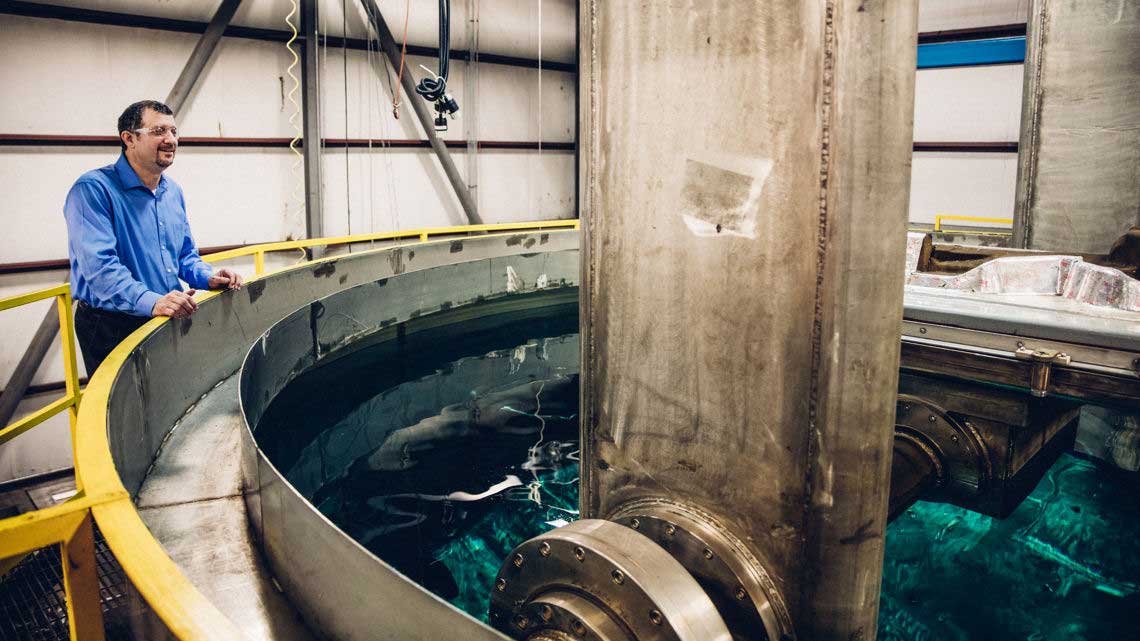 Consider this: The bicycle industry turned to carbon fiber because the material proved to be exceptionally light, strong, and efficient. In cycling terms, a lighter frame meant a faster ride, because the power produced by the cyclist was being used more efficiently. When the same philosophy is applied on a larger scale—in the automotive industry, for instance—efficiency could mean less reliance on burning fossil fuels.

The key for Carbon Conversions is material performance and traceability. In order to ensure end-performance, it's crucial that Carbon Conversions knows exactly where the reclaimed carbon fiber was used before, and exactly the kind of carbon they've acquired. Which is to say, Carbon Conversions isn't just a place where any carbon manufacturer can dump its scraps; it's an advanced materials facility with a clear focus, an extraordinary product, and an undeniable benefit.

What sets Carbon Conversions apart from other forward-thinking companies is that they have created a technology that closes the loop. The parts reclaimed from Trek and other suppliers around the world are currently being used. If you own a laptop with a carbon shell, for instance, and once warrantied a carbon Trek frame, there's a chance your laptop was made with fibers from the frame you once rode.
O.K., it's an admittedly small chance, but the crucial point here is that the carbon parts Trek produces in Waterloo aren't finding a home in a landfill. They're finding a new life that carries on the spirit of what we do, and that's something we're excited about. 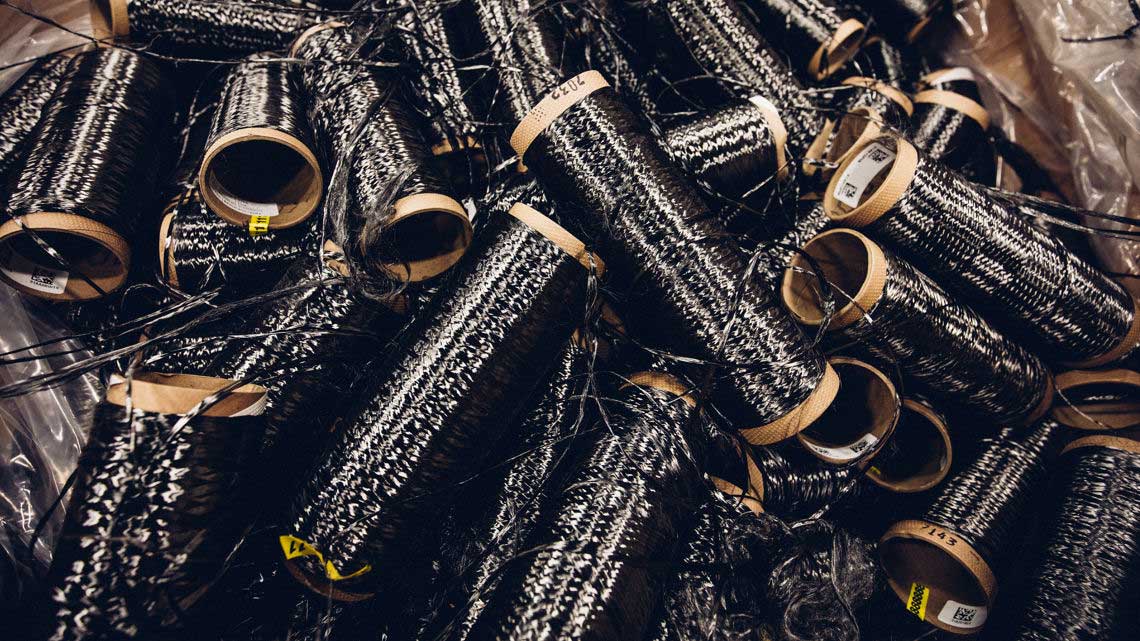 For Trek, this is an investment worth making. Because it's not just an investment in the environment, it's a commitment to the belief that we can do better than landfills. Creating the world's finest high-performance bicycles should only have a positive impact.

Have an old carbon bike or parts? Don't throw them away. Send us a note at This email address is being protected from spambots. You need JavaScript enabled to view it. to learn more about how you can give your bike a second life.