Getting huge through the big hitting slopestyle course at FISE in Montpellier, France, even extreme winds couldn't stop Canyon Factory Freeride Team rider, Thomas Genon, from riding his way to the win. Watch his final run after the jump.

In the qualifying rounds, the Belgian delivered a great performance to secure a spot and he stepped up his game in the final once again. The competition was fierce and riders like Szymon Godziek and BMX legend Ryan Nyquist, some of the world's best, were putting down some big tricks. For the jury however, the final result was clear. Combining his classic clean style with tricks like 360 backflips, trucks and monster 360 tabletops, "La Frite", had the judges convinced two times over.

Axel Jürgens, Pro Slopestyle Judge had a lot of praise for Genon's performance: "Thomas only pulled out a fraction of the tricks that he is known for, but the execution, the amplitude and the precision were nearly flawless, especially given the strength of the wind. A totally deserved win." 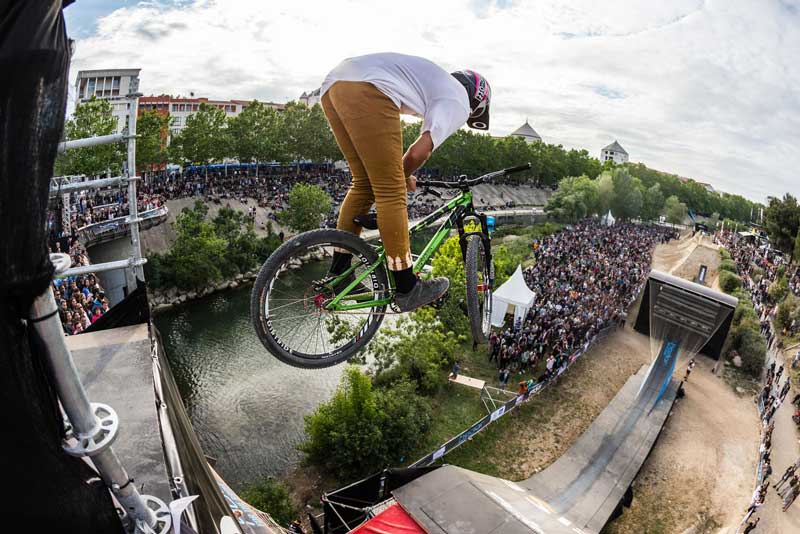 Genon isn't the only Canyon rider that can call this weekend a major success. Tomas Lemoine, who went to the line with a brand new tattoo, made it into the final on a 3rd place performance in the prelims and ultimately performed well to take 4th place overall. After the event, the legendary Ryan Nyquist, who recently switched from BMX to Freeride, gave major respect to the young guns on the German bikes and rightly so, they've earned it.